If we look back to the Victorian Era, towards the end of the 1800s there was an explosion in the popularity of photography. Almost every town and many villages would have had a high street photography studio or a local 'photographer' who would happily take a family photograph for you. Displaying a photograph of your family was the 'modern' thing to do. Back then the cameras and processing needed to produce a print put photography out of reach of the masses but the popularity of the medium meant that there was a ready and booming market for photo studios.

If you were to walk into a studio back then, it wouldn't be totally different from a modern studio, there would be a backdrop of some sort, many studios would build 'sets' to distinguish what they offered from other studios. Prior to the advent of electrical lighting, a portrait would require the subject to stay very still whilst a long enough exposure was made to capture an image on the wet plate/glass typically used as the 'film' in the camera. This could be minutes rather than seconds, This naturally led to many portraits featuring the same typical set-up or pose. Only certain poses were comfortable to hold for any length of time.

Many photographers would also extensively 'retouch' the image, back then this involved actually scraping to remove parts of the image or painting to add directly to the negative, 'retouching' or 'photoshopping' is nothing new, it has been used extensively in photography from the start, it's just the techniques that have changed. Then, just as today, there were 'trends' in what people wanted from their photograph. Though some photographers would experiment with different settings, lighting techniques and post processing, many produced something very similar to every other photo studio of the time, as that was what people wanted. 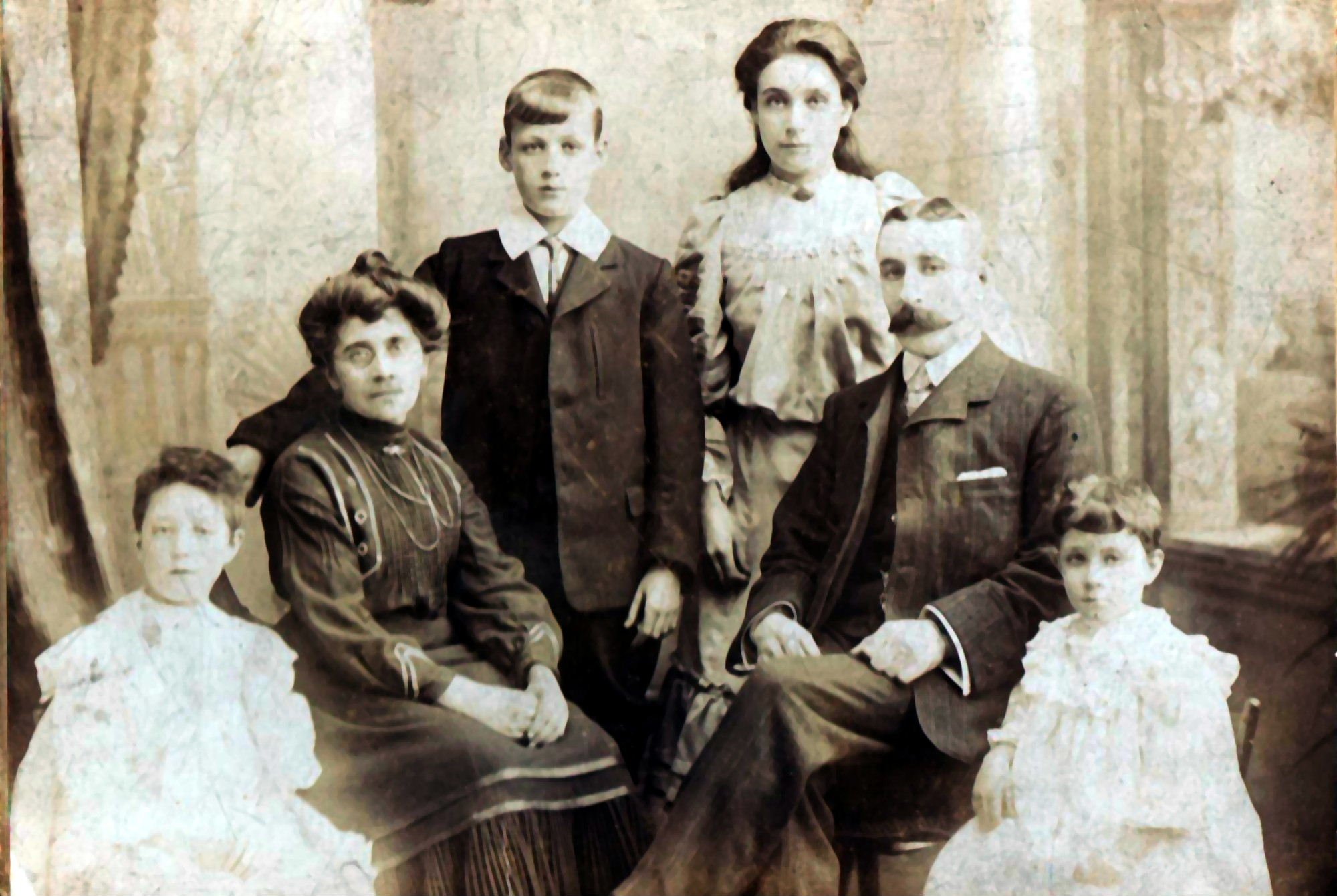 This is a very typical family portrait photograph from the latter half of the 1800s. Families would dress up in their Sunday Best, or the best clothes they had, and the limitations on posing would lead to very similar arrangements/groupings. Here Mum, Dad and the younger kids are sitting, the older children would be expected to stand still long enough to get the exposure.  The images were not simply black and white, as the tinting would be dependent on the exact photographic process used, the mix of chemicals used to coat the photographic plate and used in developing and fixing the image. Tints could be varied through altering the mix of chemicals used, but also the final 'print' could be 'hand coloured' using a range of dyes. Sepia tints were amongst the most popular, but silver, cyan and umber were also common.

As photographic processes improved, improving the 'sensitivity' of the photographic plates and eventually 'film', so exposure times reduced, and photographers could get more creative with their set-ups.

In the early 1900s, themed photo shoots became popular, children, families or even adults, would dress up as well known characters from the day, from literature or the stage and intricate 'sets' became more common. Stars of the stage started to use photography as a promotional tool and that led to the production of 'post card' prints. Families would also produce 'post cards' featuring the family that they could send to friends/family. 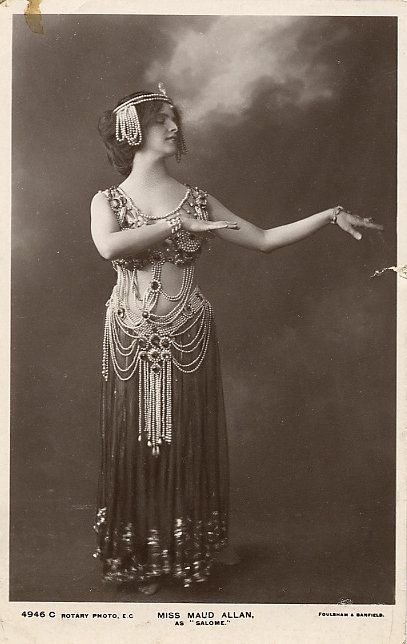 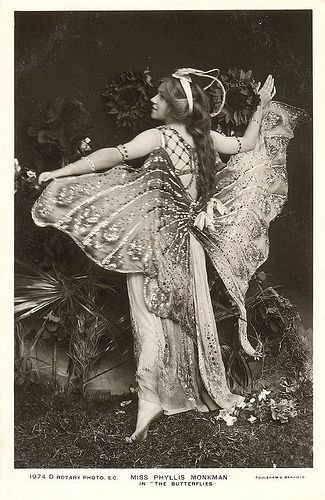 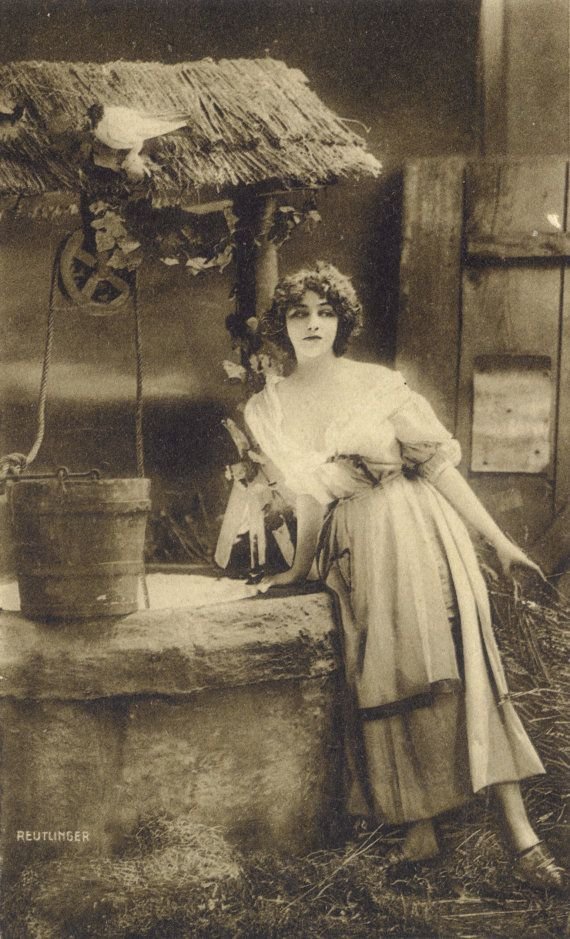 With the introduction of electrical lighting the style again changed, by the 1930s, most studios would be using 'modern' lights, though they were very different from todays studio lights. The lighting would be similar to stage or movie lights, the lights were very bright, and produced a harsh light. The light would show up very flaw and blemish, not ideal for portrait photography, so heavy make-up became a requirement and 'retouching' also advanced with the introduction of 'air brushing' techniques, though applied directly to the negative rather than done digitally as today. Skin would be 'smoothed', images would tend to be high contrast, and the 'hollywood' portrait was borne. 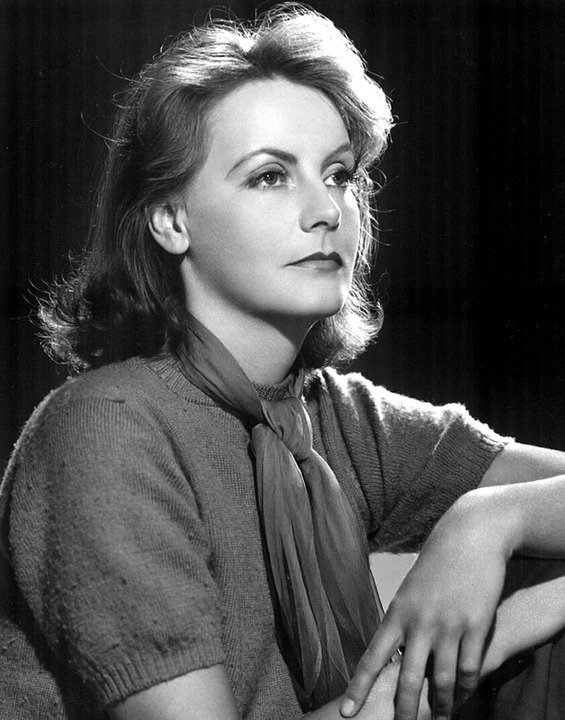 With the increasing use of photography in publications, magazines etc. Celebrity and fashion photography started to create and drive trends in studio photography, with individuals and families wanting images similar to those they would see in the latest magazine. With the introduction of smaller and cheaper cameras, the introduction of 'film' and 'easier' processing techniques more and more people had access to a camera so the number of studios began to decline as demand for formal studio photography began to drop. Taking a great portrait still required a degree of skill though, it wasn't always easy, so there was always demand for a good studio photographer.

Since then, equipment, cameras, technology etc. have all continued to evolve. Trends and fashions have changed but the reason to use a photography studio to take a family portrait photograph hasn't changed. It can still be difficult to take a great family portrait shot yourself, it is still the case that in a studio with full control of lighting and background, it is easier to produce a high quality image than in a crowded living room or back garden. Modern studios do find themselves catering to 'trends' - if you go back 10 years, 'modern' 'high key' portraits taken against a crisp white background were popular, this was 'pushed' by a particular studio chain to the point that the background became pure white or 'blown' and even started to be so highly lit that the light would start to bleed over the subject, creating the need for extensive post processing but which created a 'soft' final image that, for a while anyway, people liked, as it was something different.

We all remember our school photographs with a mottled or 'cloudy' coloured backdrop, though still seen as 'old fashioned' that sort of heavily patterned backdrop is having something of a resurgence, though we find that today, a neutral, grey backdrop proves most useful, lighting changes can lighten or darken the backdrop, lift the subject away from the background, create interest or uniformity. Colour can be added with lighting or removed with a black backdrop, In short, a studio today is highly flexible in terms of the style of imagery that can be created. We can re-create looks and styles from by-gone eras, we can create 'modern' clean looks, we can create something new and different. We can shoot formal but can also have fun, modern cameras and lighting can capture and freeze, or accentuate movement, so poses need not be stilted or formal, though of course they can be if that is what is wanted. So no, portrait photography is not old fashioned any more, it can be anything you want it to be. 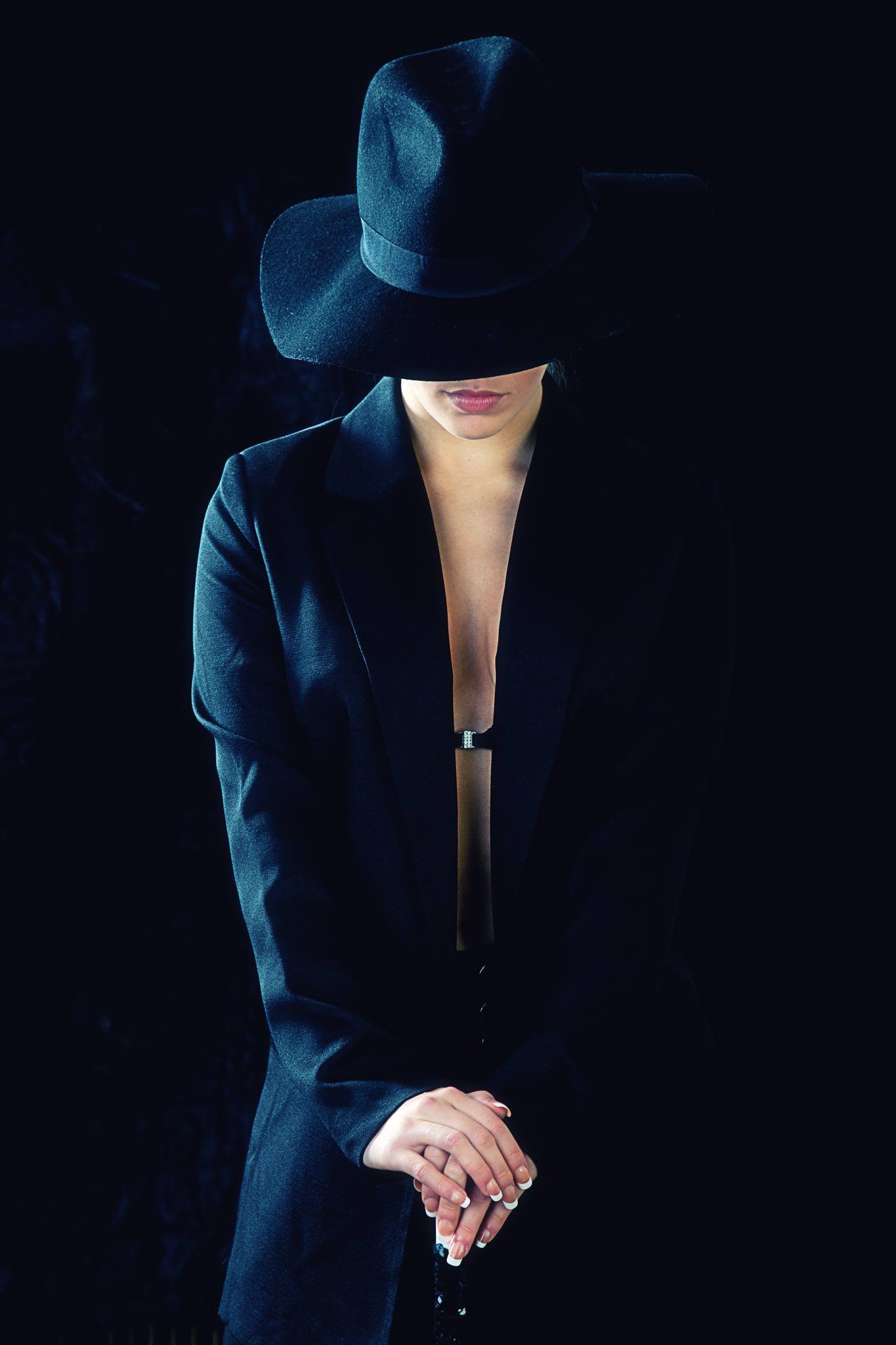